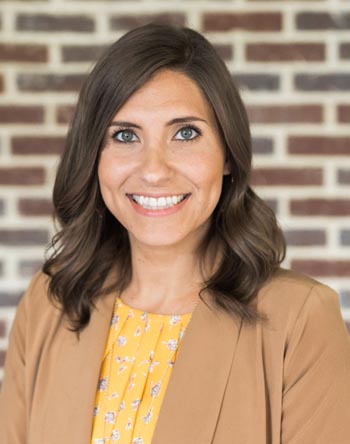 Ashley Kupets Welbourn earned a Bachelor of Fine Arts degree from the University of Georgia with a concentration in Graphic Design in 2008. While getting her degree she was also competing on the UGA gymnastics team, where she was helped the team to three National Championship Team titles and individual All-American honors. After graduating she spent eight years in Las Vegas, where she performed as an acrobat in three different Cirque Du Soleil shows. During her time as an acrobat in Las Vegas she was freelancing as a Graphic Designer for numerous companies and shows. Ashley then went on to teach the singer, Pink, aerial acrobats for her Truth About Love Tour and was her stand-in during the staging and prepping for the show. She met her now husband in Cirque Du Soleil and they have a 21 month old daughter, Madeline. Ashley recently moved back to Athens and joined the Graphic Design team at Landmark Properties. She primarily handles designing promotional material while maintaining the company's branding.

Ashley is excited to be back in Athens and designing for a great company full time. In her spare time she loves spending time with her friends and family and you can probably find her at the park with her daughter or at a UGA sporting event!