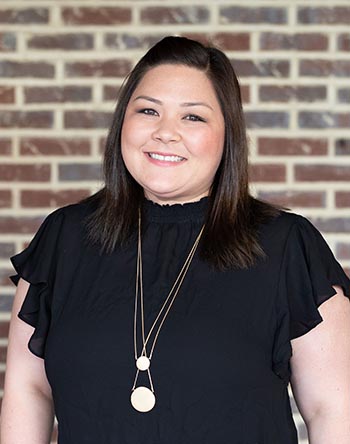 Vanessa Verma recently joined the Landmark family as a Graphic Designer. A double dawg from the University of Georgia, Vanessa earned her BFA in Digital Media in 2005 and her MFA in Dramatic Media with an emphasis in 3D Animation in 2008. During her time at the University, Vanessa worked in University Housing for a total of 6 years as a Resident Assistant and Graduate Assistant. After graduating, Vanessa’s life journey took her in a different direction than she expected. While she had planned to work for a studio somewhere as a 3D Modeler, her journey took her all the way to India where she worked with slum children and women in human trafficking. Throughout her time abroad she was able to merge her passion for people and design together as she was able to still use her design skills to help organizations market their cause. During her time in India, Vanessa met her husband Rahul and their daughter Neriah, who will be 4 in December, was also born there. In 2017 they returned to the US and Vanessa found herself back in Athens, this time with a family in tow. She is happy to say that her husband is already a Georgia fan and loves our beloved Bulldawgs!